Love does not rejoice in wrongdoing, but rejoices in the truth (1 Corinthians 13:6)

Art happens when someone captures the beauty of the mundane. But times of desperation are often the catalyst for art which calmer times might not elicit.

For this week’s final Lenten Devotional we hear an original song by Tim Allmond. Inspired by the poem that frames our series, as well as the present circumstances that threaten our capacity to love, Tim offers us a musical reflection on our struggle, and our desperate need to recover what is so central to the identity of those who walk in the way of the One who taught us to love. It is both a song and a prayer. Let it be your song, your prayer, this Holy Week.

“Love or die” by Tim Allmond and Jordan Garmon

I have a voice
Tell Truth or lies
I can lift up
Or criticize
I got this program
Running my brain
Fear comes so easy
Love comes by pain
Born in my bones
Afraid of the night
Tongue of a dragon
It cuts like a knife
Without resistance, blood will be let
Somebody help me
Or else I’ll forget

We must love one another
We love or die

We must love one another
We love or die

But understand this, that in the last days there will come times of difficulty. For people will be lovers of self, lovers of money, proud, arrogant, abusive, disobedient to their parents, ungrateful, unholy, heartless, unappeasable, slanderous, without self-control, brutal, not loving good, treacherous, reckless, swollen with conceit, lovers of pleasure rather than lovers of God, having the appearance of godliness, but denying its power. Avoid such people. (2 Timothy 3:1-5)

At his birth, his mother asked a sage whether her child would live to long life, to which the seer replied, “if he does not discover himself.”

Reaching adolescence the boy was already widely admired, even by those with the most captivating forms and voices. But he refused them all, preferring the solitary, self-determined life.

One day while giving chase to wild game, he was led into a grove of trees. There he happened upon a pristine, unvisited fountain. Weary from the hunt, he leans down his head to slake his thirst, and there catches sight of his reflection in the water. Rather than realize it is only his own image, he instead becomes immediately enamored with this bodiless other being. He plunges his arms into the water to embrace this figure, only to find it unattainable. In the words of the storyteller. “What he has seen he does not understand, but what he sees he is on fire for, and the same error both seduces and deceives his eyes.”

His all-consuming love left unrequited, he dies of heartbreak and is turned into a flower of white petals and a yellow center.

This is not some mystical Freudian dream, but the Roman poet Ovid’s telling of the tale of Narcissus in his epic Metamorphoses. The Italian painter Caravaggio captured the image of Narcissus’s self-fixation in a Renaissance-era painting. 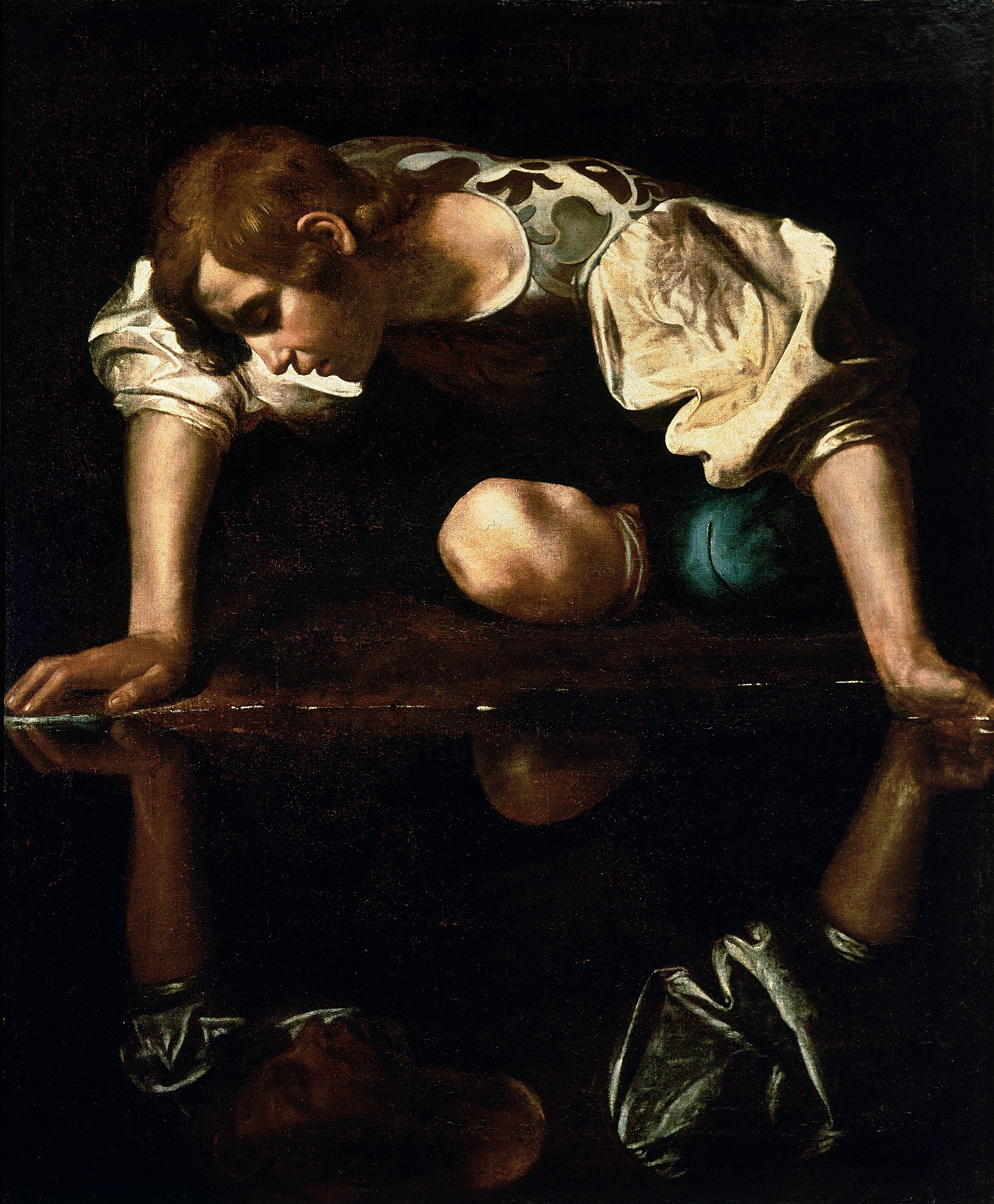 For these weeks during the season of Lent, we’ve lingered in Paul’s words about the nature and centrality of love. Love bears certain features and avoids certain instinctual impulses (even those which turn us into ogreish versions of ourselves).

But the impulse that most threatens love in us is what Ovid personified in his tragic tale of Narcissus. Around the same time the poet penned his work, and long before modern science classified this fixation in clinical terms, Paul in a letter to Timothy warned him of what was at the headwaters of most difficulty and would be a feature of the last days. “Lovers of self” stands in first place among the list of vices that threaten to undo our community and undo ourselves from within.

Call it a twin, or at least a cousin, of pride, self-love spawns greed and abuse, ingratitude and slander, treachery and brutality. By its nature wherever it grows, like dandelion in a spring garden, it chokes out concern for anyone else. And like we learn from Narcissus, it seeks what it cannot find but deceives itself into thinking that it can.

As much as we might loathe when self-love takes hold of us--when, for instance, we hold ourselves with such importance that nothing and no one satisfies--the path out of that prison does not rest on a mere act of the will. We can’t simply be told not to love ourselves. We must instead come to be captivated by an alternative object of love--one we reach for and in whom we find a reciprocating embrace. This embrace is not one that tells us what we want to hear, but what we need to know. This we find in Him who set aside self-love to such a degree that He suffered to make us His treasured possession.

Father, I know no prison like the prison of the self. I know no obsession like the obsession with myself. I may not stare fawningly into a mirror, but I know well what it is to make me the center of all my attention. Help me instead to fix the eyes of my heart, the eyes of faith, on Him who gave no thought to himself, but who saw in us a defaced but still recognizable image of His Father--and then who died to see that image restored. Like a forgotten, deteriorated painting, now found and attended to with all loving care.

Posted by Patrick Lafferty with