Jason Rafferty, winner of Best in Show in the 2018 Annual Juried Art Show. Jason is a resent BFA graduate of UNCA and is an accomplished oil painter. He paints and teaches in the river Arts district in Asheville.

Jason Rafferty is a painter and draftsman based in Asheville, NC. A recipient of the Elizabeth Greenshields Foundation Grant, he holds a BFA degree in painting from UNC Asheville and has pursued classical training in drawing and oil painting in the US and France since 2010. His artwork has appeared on the Travel Channel and can be found in private collections across the US and internationally. Jason has exhibited regularly in group and solo exhibitions in the Southeast US since 2012. Recently his work was selected for “Rites of Passage”, a competitive international exhibit of emerging artists at Manifest Gallery in Cincinnati, Ohio. He was a featured emerging artist at Four Bridges Art Festival in Chattanooga, TN in 2017, and in 2016 he created artwork for the Oscar-winning film Three Billboards Outside Ebbing Missouri. Jason enjoys fundraising for local nonprofits and businesses in the Asheville area by participating in exhibits hosted by The Saints of Paint. He has donated artwork to support organizations including the Blue Ridge Parkway Foundation, River Link and Open Doors, amongst others. He teaches drawing and painting classes at Riverview Station Studios in Asheville, NC’s River Arts District. For more information, visit www.jasonrafferty.com, follow @jasonraffertyart (Instagram) or Art of Jason Rafferty (Facebook). 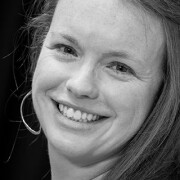